Yesterday was the first real summer day we’ve experienced here on the West Coast, and because my body has suffered through nine months of nasty, ugly, cold  weather it hasn’t yet had a chance to acclimatize to the heat, and as a result, I suffered a major heat-related migraine last night. And I got to say, sitting in front of the computer with a head that feels like someone is pounding nails into it probably wasn’t the best thing to do … but then again, I didn’t really make a whole lot of smart choices yesterday (keep reading). And because I was somewhat distracted by the agonizing pain, I completely neglected the most important fact of Saturday’s Grouse Grind achievement: the post-Grind chocolate gelato topped with a piece of fleur de sel milk chocolate – oh yum 😀 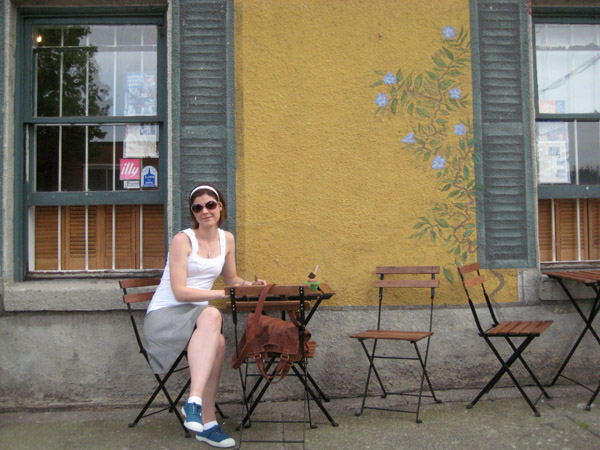 It feels like Paris every time we visit Chocoaterie de la Nouvelle France on East 21st Avenue in Vancouver.

Prior to the migraine, there was an intense amount of love filling my heart. I didn’t think it possible for the love of my favourite running chick to get much greater, I mean, she already fills a huge chunk of my heart, but on Sunday, I think she may very well have taken it over. (Sorry Mario!)

A past run with a princess and her favourite running chick.

Almost two months ago, she and her daughter (another of my most favourites) gifted me a 69 gram pack of Hammer Perpetuem Extreme Endurance Fuel. Both of us have had our fair share of stomach dramas from the gels, and were willing to try anything. A fellow endurance athlete suggested the Perpetuem, which promotes stable, long-term energy with no stomach distress or glycemic spikes. Seemed pretty darn perfect right. But because I received the pack during my post-marathon, non-running days, I had completely forgotten about it. Until yesterday.

I mixed up two water bottles of the Perpetuem and had two filled with just plain H20 and set out for my 13 km run in the country. I’m not going to lie, I was skeptical. I’ve tried numerous gels, numerous drinks, numerous chews and not one of them have saved me from the roil and toil of my angry belly. Plus, most were absolutely disgusting in the taste field. But my gawd, the Perpetuem was a dream. It had a slightly thicker than water texture, the orange creamsicle taste was super light, and I was actually looking forward to having another sip at my next walk break – which never happens! I kept waiting for the gurgles, kept waiting for the cramps, kept waiting for the nausea, but none of it came. My belly was 100 per cent loving the Perpetuem. AND no blood sugar drama. I started at 6.0, had two stoned wheat crackers, and ended with an 8.1. Oh la-te-dah!

Now, I’m not so sure it was the wisest decision for me to sleep in and go for a long run at a time when the sun was pretty darn hot, and in an area where there was very little shade, or if it was the wisest choice to go full barrel up a super duper steep hill when I still had 1 km left to go. But whatever, I was just so super stoked that finally I seem to have found something that agrees with my super sensitive stomach. Oh happy day. 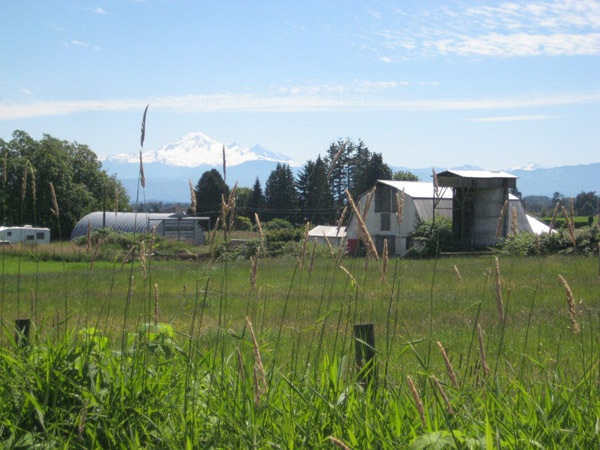 Sometimes you just need to embrace the country.

Why hello there Mr. Shade.

My only question is how the heck am I supposed to mix this stuff up? The pack says there’s 69 grams of powder inside, and that a serving size is 69 grams. But if a tablespoon is 15 grams, which I’m pretty sure it is, someone has seriously done the math wrong on this pack – there is way more powder in there than 69 grams! I ended up mixing three heaping tablespoons in with 18 grams of water, not sure if that was right, but it seemed to do me alright. Thoughts?

3 thoughts on “Living the Perpetuem dream”