2011 was a year full of personal bests, discoveries, and lots of laughter; a great one indeed. And it started with a bang.

While most were sleeping away hangovers on the morning of Jan. 1, I was up early racing against myself in the Running Room’s 5 km Resolution Run; I won. I crossed the finish line with a personal best that shaved a good 2 minutes 38 seconds off my previous 5k PB.

It was the first of four personal bests this year. While training for my second marathon, Run for Water, which was at the end of May, I clocked in a two-hour, 24-second half marathon time at the Good Life Fitness Toronto Half in the middle of May, cutting my previous half time by nearly 4 minutes. Two weeks later I finished Run for Water with a time of 4:44:24; not quite the time I wanted, but 10 minutes and 17 seconds faster than my first marathon time 7 months earlier. I also scored a PB up the Grouse Grind in July, completing in 55 minutes and 20 seconds! 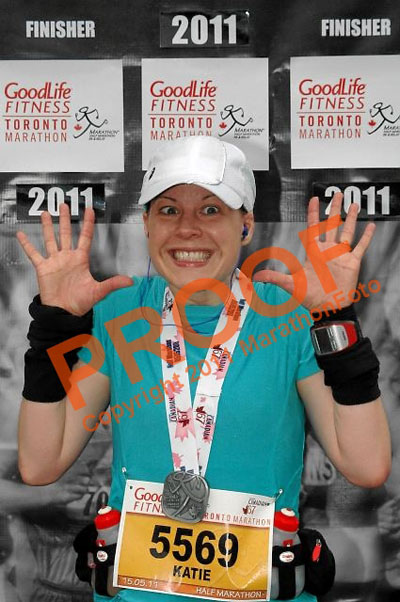 May: Good Life Fitness Toronto Half 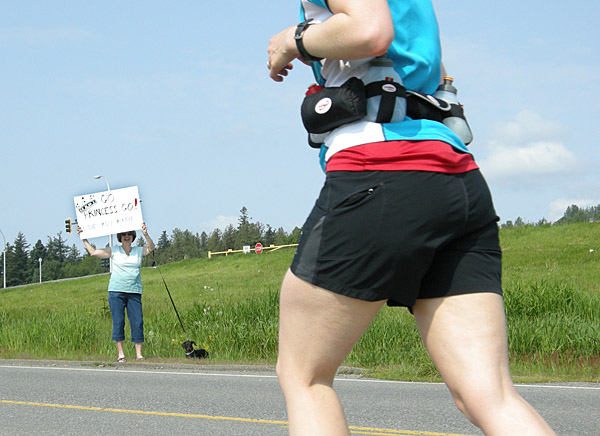 May: Run for Water Marathon

It wasn’t all glory though. Early in the year my running was put on hold after bone scans showed stress fractures in both ankles. As a result, my favourite ironchickie forced me to silence my pool germ fears in order to reap the benefits of aqua jogging (which we later renamed aqua running), of which there were plenty. Post-injury, my tempo runs and races were way speedier than pre-injury!

In addition to stress fractures, I was also attacked by butt bursitis, knee bursitis and misalignment of my legs – at the cost of more than $3,000 worth of physiotherapy, massage therapy, and active release therapy visits. Oh joy.

When I wasn’t sidelined by injury, I was taking on challenges by “non-runners.” The day of the Resolution Run, Big Ring announced he could do that run no problem, and in fact bet me that he could kick my butt doing it. Never one to back down from a challenge, I set down the wager. We were to race the 2012 Resolution Run. If he won, I’d cook dinner for a year. If I won, he’d cook dinner all year, which he pretty much already does 😉 [Note: That challenge has been postponed.]

Big brother also challenged me to a race, a 10 km race, one he too was sure he could beat. “I’m going to kick your ass,” he laughed. On June 10, five days after my birthday, seven days after his, I proved him wrong. Happy Birthday to me! 😀

On the diabetes front, it’s still there, I still have it, no cure was proclaimed – not as yet at least… maybe 2012 😉

As 2011 counts itself down, I leave you with my favourite picture of the year. Happy New Year friends. May your 2012 be filled with love and laughter, challenges and competitions, health and happiness, and special, special people. These, including the man behind the camera, are mine: 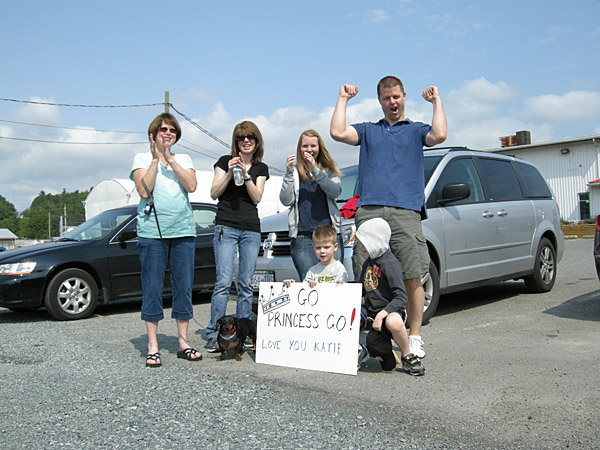